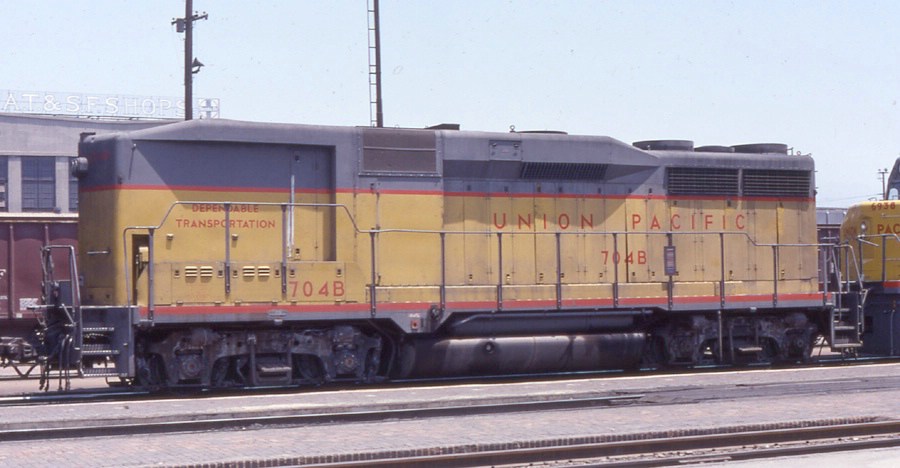 Over the weekend it came to my attention that we haven’t advertised the numerous shells we offer. We will be taking some time to go through our various offerings and sharing what information we can find about the prototype locomotives. Our first locomotive we will be discussing is the EMD GP30 B unit.

Union Pacific was the only owner of the GP30B unit. They purchased 40 in total, numbered 700B-726B (freight service) and 727B-739B (passenger service). The passenger service locomotives were equipped with steam generators. A 1200 gallon water tank was located inside the car body adjacent to the generator.

The passenger GP30Bs were used with the SDP35s on Vietnam-era troop trains between Fort Riley, KS and the west coast. They were also used regularly on secondary passenger trains. Sometime in the 1970s, all the GP30Bs were placed in freight service and the steam generators were retired inside the locomotives.

While some GP30b’s were retired due to wrecks, by September 1981, all Union Pacific remaining GP30b’s (28 in total) were in storage. In August 1983, the GP30b’s were transferred to Salt Lake City to have their prime movers removed and used to repair a number of GP30’s. The B units were retired September through November 1983. Most were sent to the scrappers in 1986.

This shell is available at CMRProducts.com